KUALA LUMPUR, Dec 16 – Former Prime Minister Najib Razak has rubbished new claims by Azilah Hadri, one of the convicted killers of Altantuya Shaariibuu that he had ordered the latter to murder the Mongolian woman in 2006. 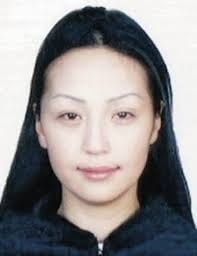 “This is a complete fabrication by a desperate person seeking to escape the gallows,” says Najib to online portal FMT in response to Azilah Hadri’s allegation from behind bars that he and Sirul Azhar Umar; who fled to Australia after they were sentenced to death, had received a “shoot to kill” order, as reported by MalaysiaKini.

According to reports, this new claim by Azilah is contained in an application to review the Federal Court’s decision in 2015 which found him and Sirul guilty of the murder.

Najib has repeatedly rejected allegations of his involvement in the murder which has always been linked to him because of a 2002 purchase of two French-built Scorpene-class submarines and alleged kickbacks by Razak Baginda, was an aide to Najib, the defence minister at the time.

Altantuya was reported to have a relationship with Razak. Razak was charged with abetting Azilah and Sirul but was questionably acquitted without his defence being called.

Najib questions the timing and points to Pakatan Harapan tactics

“Why did this information not come out earlier, and only now, more than a decade after her death and only after 19 months PH has been in power? ” asked Najib.

Najib also described the latest allegations against him as the work of a “desperate man”, saying that it serves Pakatan Harapan’s intention to “divert public attention from its failures”.

“I believe this is a deal struck between the Harapan (PH) government and Azilah, with the latter’s death sentence being commuted or delayed in return.

“This is an attempt to distract attention and to hit out at me,” he said.