KUALA LUMPUR: The Buy Muslim First, #BMF, campaign supported by Malay-Muslim leaders in the country, including those from PAS, may have quietened since it started in August but some netizens are pointing out the hypocrisy of leaders from the Islamist Party.

This follows photos from a PAS central leadership meeting last Saturday being shared on FB by one of the leaders, Siti Zailah Mohd Yusoff.

The Rantau Panjang MP, who is also the PAS Women’s wing chief, celebrated her 56th birthday last Saturday (Oct 12), and proudly shared photos of the birthday cake she was presented with during the meeting. 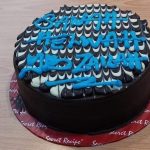 Some netizens have mocked the PAS leadership when the photos clearly showed that the cake was from the popular restaurant & cafe chain, Secret Recipe. A close up photo of the cake also showed the tray on which it is placed having the Secret Recipe logo.

Not surprisingly, after her posts were shared among other FB users pointing out the hypocrisy, Siti Zailah has since taken down the post and the photos altogether.

Her FB wall also has a post from September 9 this year expressing her support for the Buy Muslim First campaign. 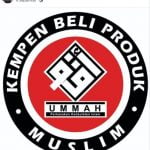 Secret Recipe was founded by Datuk Steven Sim, who has been the managing director of the restaurant chain since 1997.

Though Halal, it would easily fall under the category of outlets and businesses that proponents of the Buy Muslim First campaign were keen to boycott.

This is just one example of why the Buy Muslim First campaign has seen total failure – #BMFtotalfail.

The second major example is the shutting down of Utusan Malaysia.

Despite the “Perpaduan Ummah” and official collaboration between PAS and Umno, the shutdown of the nation’s first Bahasa Malaysia newspaper, Utusan Malaysia and its sister publication Kosmo, last week showed that these leaders could not even rally their grassroots to spend just RM60 per month to subscribe to the newspaper.

The newspaper had first faced the threat of closure in August, but was given a lifeline and the price of the newspaper was raised from RM1.50 to RM2 per day.

However, the ultimate failure of the Buy Muslim First campaign saw the 80-year-old publication close its doors for the last time with 800 workers not being paid and whose future remains unclear.