The LLM does not seem to have the approval of Malaysia’s Legal Professional Qualifying Board (LPQB) but the website for the course, which is hosted in Australia, prominently displays the Bar Council crest. 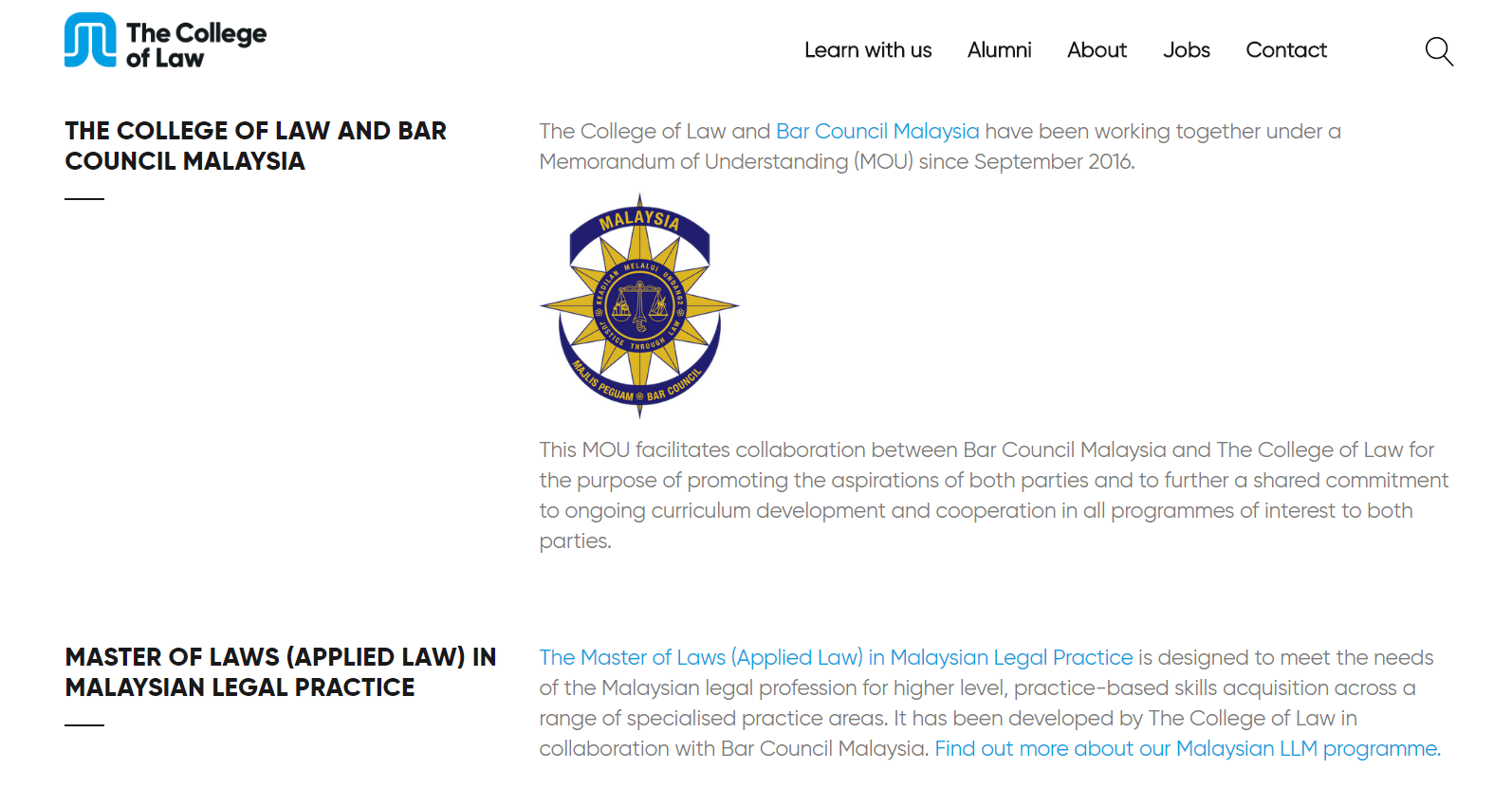 The crest has not been used before to promote a course of study, and queries put to Bar Council President Fareed Gafoor about the use of the crest have been acknowledged but remain unanswered.

NMT has however sighted an email from Fareed dated Friday, May 24, 2019 with regards the LLM and the use of the crest where he states:

We can’t remain silent on this.

Sent from my iPad

It is understood that “Rajen” refers to  Rajen Devaraj, Chief Executive Officer of the Bar Council Secretariat in Kuala Lumpur.

The Bar has remained silent for nearly 2 months since.

The College of Law used to be represented in Malaysia by its Director, Peter Tritt. Tritt have been queried extensively about the LLM and about the College’s business in Malaysia but has refused to provide answers. Tritt has been based in Kuala Lumpur since 2017 but announced on Friday that he had “retired” from the College on 30 June 2019.

It is understood that Tritt has forwarded queries sent him to his head office in Sydney and hence it appears that Tritt is under orders from his Chief Executive, Neville Carter, to remain silent.

In advertising on the College’s website Carter has claimed that he had established a Professional Legal Training course for Malaysian Law students seeking admission to practise in Malaysia. There seems to be no evidence of such a course, or of any national level training course for the existing Certificate of Legal Practise.

Carter has also claimed to have produced the “inaugural” Handbook in Legal Practise for Malaysia, in the late 80s. A search of the main law libraries in Malaysia directed by the Chief Registrar, Federal Court Malaysia, has not found any such handbook.

He has also claimed to have, during that time to have identified and addressed “gaps” in Malaysian legal practise, but not even those in practice during that period and since have ever heard of him. Nor are senior practitioners aware of  “gaps” that needed that to be addressed by external consultants.

As CEO of the College Carter  has ultimate responsibility for the College’s Malaysian operation headed by Tritt and variously named the “College Of Law Asia Pacific” and the “College Of Law Asia”. A search by NMT has not revealed any entities registered under those names in Malaysia or in Australia, not even a foreign entities registered to conduct business in Malaysia.

Meanwhile the College, in collaboration with the Bar Council continues to sell its LLM and other courses in Malaysia, deriving a fee income from Malaysian courses.

PRESS STATEMENT BY MALAYSIAN BAR, Dec 19 – On International Migrants Day — which is observed on 18 December annually…

No different to BN, says Bar over use of repressive laws

KUALA LUMPUR, Nov 30 – The elevation of judges to the Federal Court and and the Court of Appeal as…

KUALA LUMPUR, Oct 9 – The one voice with which the Pakatan Harapan leaders spoke in support of a common…

Bar: Future JAC appointments should be more inclusive and diverse

KUALA LUMPUR, Sept 21 – The Malaysian Bar has questioned the appointment of three retired judges into the Judicial Appointments…