KUALA LUMPUR, Jan 11 – The Proton X70’s interactive voice assistant has become the butt of jokes on social media with what is believed to be the first-ever accident involving the national carmaker’s sports utility vehicle (SUV) yesterday.

The SUV was launched last month to much acclaim especially with the car being touted as the first produced by Proton to feature artificial intelligence.

However, with photos of a Proton X70 in a ditch or drain, the obvious joke about the driver’s command to the built-in voice assistant was shared along with the photos on social media, going viral.

“X70: You have arrived at your destination.”

The punchline being the X70, which was registered in Kuala Lumpur, ending up in the ditch or drain, with “Parit” being the Malay word for “drain”. 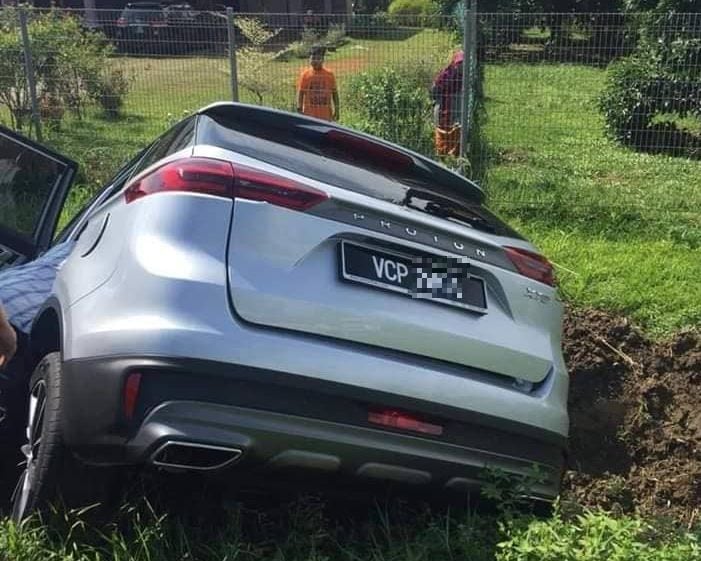 The X70’s built-in voice assistant is activated when the driver starts the car.

Aside from navigation control, the X70’s voice assistant is also able to take commands to control the vehicle’s power windows, sun-roof window, air-conditioning and entertainment among others.

According to Proton, the X70 is also able to act like the Google Assistant and understand personal comments or questions and respond accordingly.

For example, if one were to say “I’m hungry”, the voice assistant will display a list of nearby restaurants on the dashboard video panel.

According to the Info Roadblock JPJ/Polis page on Facebook, the accident happened in Jalan Keretapi Lama in Kapar, Klang as the vehicle was heading towards Tok Muda also in Kapar.

As the photo below shows, the driver’s side of the car was damaged. The side airbags for the X70 functioned as it is supposed to however, as seen in the photos.

There has been no update as to the fate of the driver and passengers, if any, who were in the vehicle at the time of the incident.